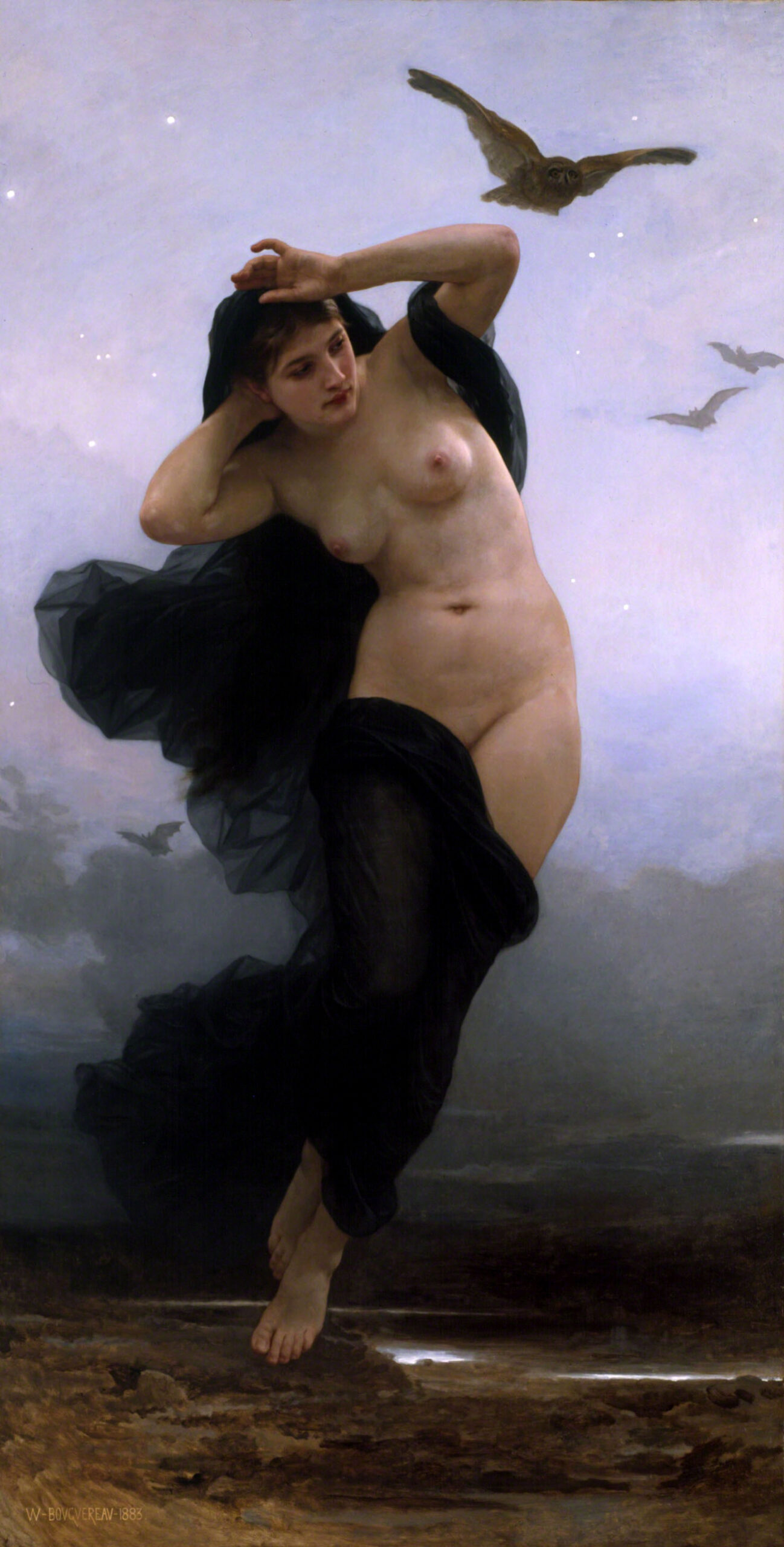 Multichannel Sound Performance and Research on Spacial Sound and Time Concepts in Music and Nature.

Oneiroi is an ongoing series of electronic music compositions and live performances. Throughout the medium of soundscape, I am questioning the linearity of time perception in humans and non-humans. Since many birds and bats can strech the perception of time for certain moments, to amplify vocal bird songs or other acoustic aspects, I am experimenting on time concepts and time perception through multichannel performances and installations.

The Oneiroi dominate the dreams within Greek mythology. More often, the Oneiroi are mentioned as an unspecified group being the personification of dreams. They are described as the children of the sleep god Hypnos and Nyx. Like bats, with black wings, they leave their caves at night and send their stories to the dreamers.

The project Oneiroi refers to a simulacrum of synthetic sounds which deal with differnt time concepts and different approaches to sound, like how heterogenous species are sharing one sound scape, although processing different sensual experiences.

In my master thesis I study methods of spatial sound structuring and media compositional approaches in the field of electronic music, acousmatics, field recording and additive synthesis. In the context of my main course, I am also concerned about the visual aspect of music, its visual associations.

I use sounds and noises for installations and spatial works. I work with computer programs, object-based languages, spatialization software, DAWs, but also game engines, VR programs and 3D graphic simulations.

At Simultanhalle Köln in summer 2021 I first time realized a two channel sound piece under the name of Oneiroi, which was installed in a garden and played a loop of 60 mins. The sound was generated by additive synthesis and was composed of different sound groups that simulated a natural situation with different sound events, like humming insects crossing on different levels and speeds a listener’s ear, the rusle of grass, the sound of wind going through twigs. A link to an excerpt of the piece follows in the description.

The project will also be outlined also as a 4-channel sound concert at Museum Kunstpalast during Sparda’s Palastrauschen, a one-day event at the Schumann concert hall in Düsseldorf.

My work at Fotoraum Köln is combining field recordings from the immediate vicinity of the Fotoraum in Cologne – Lindenthal as well as sounds from the interior and exterior of the art space during the performance. These sounds became part of the performance and got distorted with effects and modulations. In her multimedia work „Lotus Power II“, Anna Siggelkow examines the relationship between humans and nature. She directs her gaze to the things that have been created, changed or influenced by man against nature. Her video formed an element in the video composition. The exhibition and the sound collage were shown by Fotoraum Köln as part of the interdisciplinary and intercultural series „Wir haben Gäste“ (We have guests) and sponsored by the Cultural Office of the City of Cologne and the City Centre District Council.

We use cookies on our website to give you the most relevant experience by remembering your preferences and repeat visits. By clicking “Accept”, you consent to the use of ALL the cookies.
Cookie settingsACCEPT
Manage consent

This website uses cookies to improve your experience while you navigate through the website. Out of these, the cookies that are categorized as necessary are stored on your browser as they are essential for the working of basic functionalities of the website. We also use third-party cookies that help us analyze and understand how you use this website. These cookies will be stored in your browser only with your consent. You also have the option to opt-out of these cookies. But opting out of some of these cookies may affect your browsing experience.
Necessary immer aktiv
Necessary cookies are absolutely essential for the website to function properly. These cookies ensure basic functionalities and security features of the website, anonymously.
Functional
Functional cookies help to perform certain functionalities like sharing the content of the website on social media platforms, collect feedbacks, and other third-party features.
Performance
Performance cookies are used to understand and analyze the key performance indexes of the website which helps in delivering a better user experience for the visitors.
Analytics
Analytical cookies are used to understand how visitors interact with the website. These cookies help provide information on metrics the number of visitors, bounce rate, traffic source, etc.
Advertisement
Advertisement cookies are used to provide visitors with relevant ads and marketing campaigns. These cookies track visitors across websites and collect information to provide customized ads.
Others
Other uncategorized cookies are those that are being analyzed and have not been classified into a category as yet.
SPEICHERN & AKZEPTIEREN